This article by PRB is a great account of the history of Riverfront Park in Spokane, WA, which, once upon a time was reffered to as, “… one of the nation’s most innovative and refreshing urban settings,” by President Jimmy Carter.

See the full PRB article below, or click here 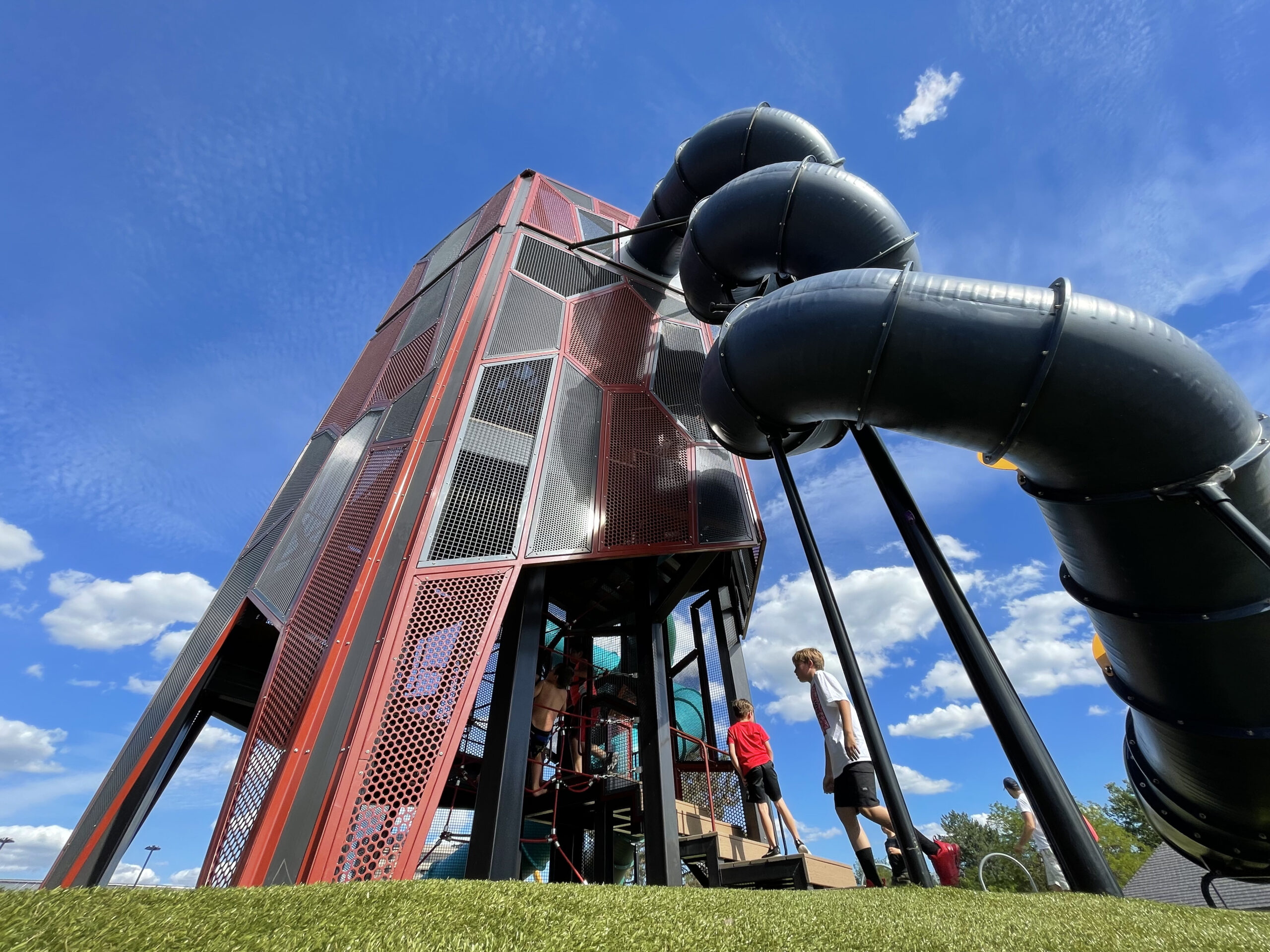 From Parking Lot to Playground

In 1974, the little big town of Spokane, Wash., changed forever when the city cleaned up a blighted 100-acre area of downtown and used it to host the Expo ’74 World’s Fair. Then, in 1978—four short years after President Richard Nixon declared Expo ’74 “officially open to all the citizens of the world,”—President Jimmy Carter dedicated the former fairgrounds as Spokane’s new Riverfront Park.

“You’ve transformed an area that was declining, that was far short of its great potential, into one of the nation’s most innovative and refreshing urban settings,” Carter said in his speech.

In the years that followed, Riverfront Park became known as Spokane’s crown jewel and the top attraction for tourists, hosting large community events, an IMAX theater, seasonal carnival rides, and an ice rink. But it lacked one thing that most people would find surprising for the premier park in any city—a playground. Aside from the remains of a small play area once used by an adjoining YMCA for daycare, there was no playground in the 100-acre park.

By the 2010s, Riverfront’s charm had visibly faded as facilities and infrastructure became outdated, and attractions that were once a big draw became less and less desirable for a changing demographic of citizens.

In 2014, citizens overwhelmingly approved a $64-million bond to improve and redevelop their prized downtown park. The public requested the bond fund three new attractions, one being a destination playground.

The Potential Of Dirt

While much of the park consisted of developed grass areas, pathways, shelters, and attractions, an underused 1-acre dirt parking lot on the north bank presented a unique opportunity to create the most dramatic change of the bond-funded redevelopment. This site would become a new regional playground.

In 2016, over three years before construction on the north bank of Riverfront began, parks staff members leveraged bond funds for the playground by applying for state grants. The result was $500,000 in funding from the Washington State Recreation and Conservation Office.

As a former railyard and industrial area, the park was also eligible for EPA brownfield cleanup grants, of which $150,000 was awarded for the north bank playground area.

In 2019, local nonprofit Hooptown USA received a grant from Multicare to build a $370,000 state-of-the-art basketball complex adjoining the playground, and in 2020, the Jess Roskelley Foundation donated a performance climbing boulder to the mix.

In total, including bond funds and grants, $12.2 million was allocated to the north bank of the park for the new playground, basketball court, skate park, climbing boulder, maintenance and operations facility, and new parking lot.

Partnering For A Playground

The theme chosen for the new playground was the Ice Age Floods. Responsible for sculpting the unique geology of Spokane and its surrounding region, the Ice Age Floods offered the opportunity for an exciting play environment that would also allow for rich, multi-dimensional learning opportunities. With that in mind, the redevelopment team tapped the local chapter of the Ice Age Floods Institute, which became a crucial partner in creating a fun learning experience for the playground.

In creating a playground to serve the entire region, ADA-accessibility was another important consideration. Early in the design phase, parks staff members reached out to the local Access 4 All organization and Accessible Community Advisory Committee. This partnership between parks and these groups led to the creation of a special Parks Accessible Workgroup to provide input on all future parks projects.

The endorsement of the Ice Age Floods Institute, Access 4 All, and Accessible Community Advisory Committee in grant proposals was critical in receiving funding from the Washington State Recreation and Conservation Office.

On May 21, 2021, the Ice Age Floods Playground and the entire redeveloped north bank of Riverfront Park opened to the public. After a ribbon-cutting ceremony, hundreds of children and adults were soon playing in the new 1-acre playground and exploring the revitalized north bank. The space has been the busiest section of the park ever since.

The story of a parking lot turned playground embodies the story of Riverfront Park as a whole. As the last of five major elements, the completion of the Ice Age Playgrounds was also the completion of the entire Riverfront Park redevelopment project that had been underway since 2016. This railyard-turned-park had finished another remarkable transformation, for the better, for the next generation.

Josh Morrisey is a marketing assistant for the city of Spokane’s Parks and Recreation Department. Reach him at jmorrisey@spokanecity.org.